x about Olof...the Olof Palme murder, and I said "yes". According to Riaan 4616609 That is what Riaan says. Who is Riaan Stander? Riaan Stander is a former ) H8 1669 police guy who was very closely involved with Craig Williamson and still is

rumours that he chased Riaan away and all this nonsense. I was present a 148 12684

few months ago...ago still when they spoke on the phone and would say:

and he would mention a time on the other side and Riaan would say: "Where? At the usual place?" and Craig would say: "Yes". So very close rapport still. When this Riaan Stander told me of Longreach, and which was

section A, it had nothing to do with...I knew them. I knew Riaan, I knew 2 Porin Craig Williamson, I know% Peter Casselton very well. I knew #B16609very well and just like that. I says: "Who's...who's Olof Palme?"

H617684 And he tells me he's the Swedish Prime Minister, you should know. So when H817745 Boris Ersson asked me I told him. And I told it as hearsay evidence and he said: "Would you introduce me to Riaan?" I said: "Yeah, sure." And I contacted Riaan, got Riaan's number, I don't know whether you've spoken to him, and I gave him Riaan's number and they had many bus...this company was in Liberia and then they had Intercol and then there was GMR and there was Longreach and there was...and for them to say that Longreach only started off in 1990... I will give you the name of a lawyer who specifically investigated the Longreach story, which was first a South African company and then later liquidated but bought over and went on with it. So what I did I introduced Boris Ersson to Riaan Stander, Riaan confirined to Boris...to Ersson what he told me.

Which lawyer are you referring to now?

Maybe we can take a copy of those papers.

And the visiting cards. 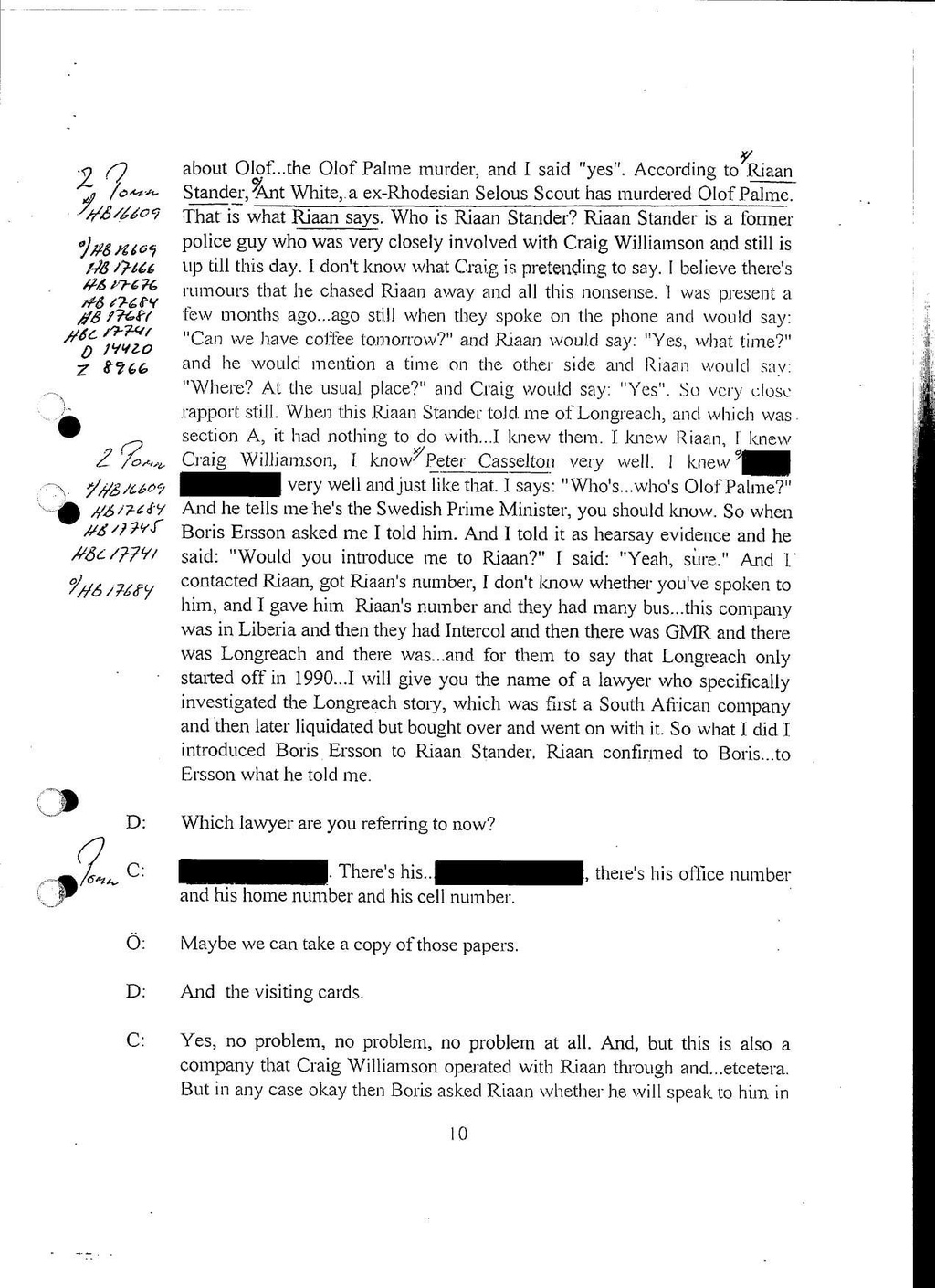