Clive Derby-Lewis, co-conspirator in the murder of South African freedom struggle hero Chris Hani in 1993, was once again denied parole, for the third time, in January this year. Whilst Chris Hani's family and many old friends and comrades applaud the decision to 'let him rot', some ask how much Derby-Lewis actually knew about the murder. One of these voices is Evelyn Groenink, who investigated the Chris Hani murder case -and several others- for years. Her research, which unearthed arms trade links to both the Hani and September murders, was published only in the Netherlands, in a language largely foreign to the international community. The history of a story that could not be told. 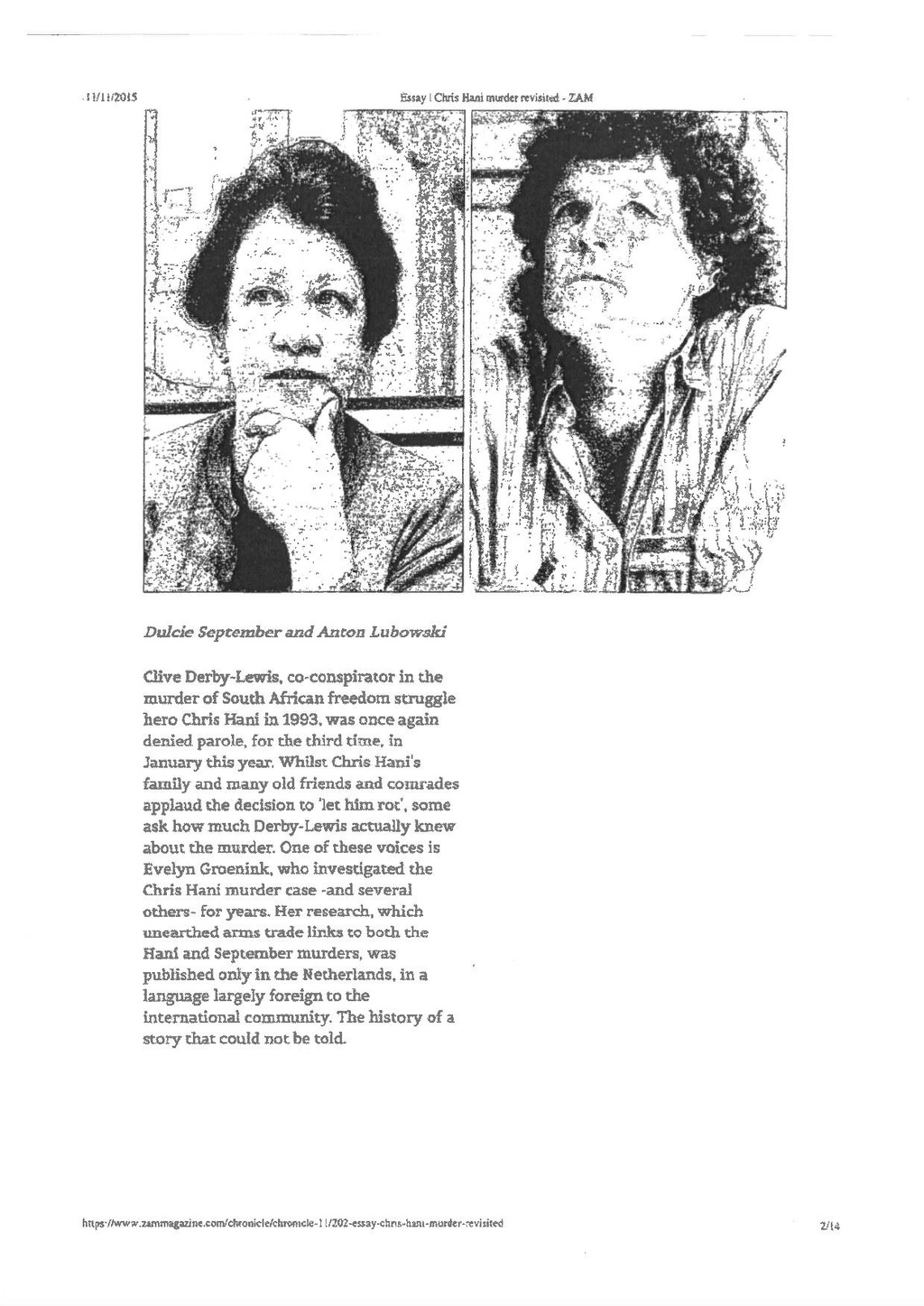