up resources and sell arms.

In Namibia, Namibian, French, Italian, Israeli and American diamond buyers had entered the post-sanctions scene and arms dealers started approaching the ANC in South Africa as early as 1991.

September, Lubowski and Hani had objected to, respectively, a nuclear military technology exchange; a set of oil-, diamonds- and casino rights deals; and the now notorious South African arms deal. I wrote about these things, in Mail & Guardian and elsewhere.

Official police investigations identified all three murders as motivated by apartheid hate and perpetrated by death squads or (in the case of Hani) right-wing extremists. This official narrative is still dominant in South Africa: puzzlingly so, considering that, in two of the three cases, high ranking ANC- and SWAPO officials have suggested that the truth should indeed be sought on the terrain of chady contracts. Former ANC deputy minister of foreign affairs, Aziz Pahad, is on record confirming that "Dulcie (September) stumbled on nuclear issues". SWAPO's Haage Geingob told a journalist that Anton Lubowski, on the day of his murder, was sorting out highly sensitive 'financial matters.

In the case of Chris Hani, former comrades explained to me how he was an obstacle to the USD$ 60 million arms deal that was being negotiated with others in the ANC leadership at the time. From the police docket in the case, I found that a crucial part in the Hani murder was played by Peter Jackson, a chemicals transporter with arms trade connections, who was the employer of Hani's convicted murderer Janusz Walus, and who seemed to have been telling Walus what to do. The police had been kept from investigating Peter Jackson by a written instruction from the Security Police that read: "Inligting oer Peter Jackson sal nie opgevolg word nie". 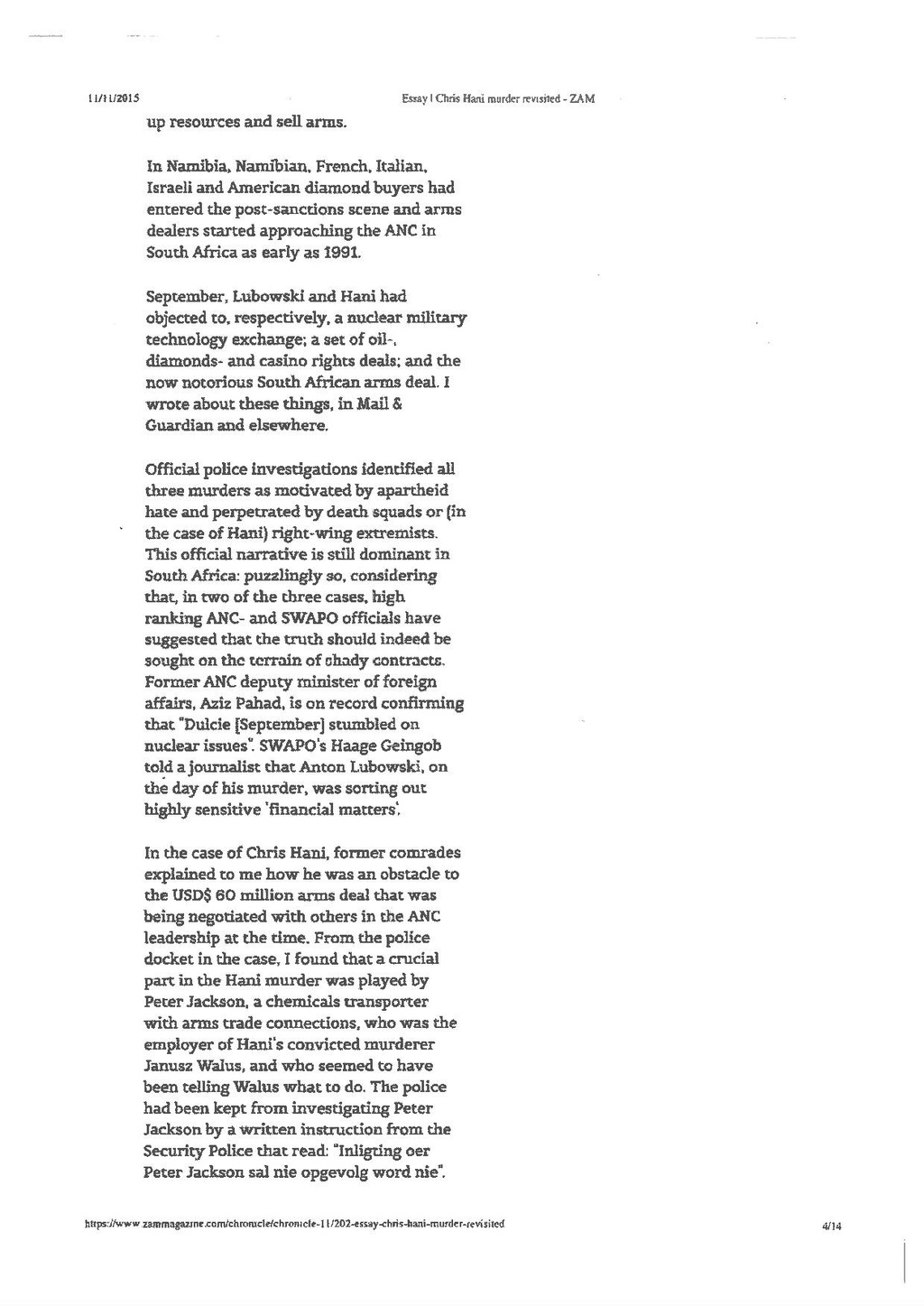