Essay I Chris Hani murder revisited - ZAM All this, I published. But only in Dutch, never in English: the South African publication was prevented through legal and physical threats to the publisher. In a lecture for the University of the Witwatersrand, Jacana publisher Maggie Davey questioned the reasons why she was unable to publish. "These questions are [...] about how truth can be covered up and how the interests of a few powerfUL constituencies can shift and shape our understanding of history".

I published several stories about the arms deal - and mafia links to the Dulcie September and Anton Lubowski murders in the South African Mail & Guardian. The full story of all three murders and their 'dodgy deals' background was told in my book 'Dulcie, a woman who had to keep her mouth shut' published in 2001, in Dutch, in the Netherlands - the same book that Jacana's Maggie Davey had wanted to publish in South Africa. (An unpublished translation of the book was made available in South Africa to the Truth and Reconciliation Commission and the South African 'FBI', the Scorpions.) The Anton Lubowski story was captured in a South African investigative journalism training manual; the Dulcie September investigation was published in the Rhodes Review (of Rhodes University in Grahamstown, also South Africa) and the story about the arms trade links in the Chris Hani case was published in ZAM Magazine in the Netherlands in 2005. But, strangely, every time the stories are published, or discussed, they fall into a big silence. The pattern is usually the same. I publish, there are some responses (like a police force pledging to reopen the case), one interview with a newspaper or radio station, then - nothing. After a while, every single darn time, the official narrative is back. In 2010, eleven years after I first published the first September 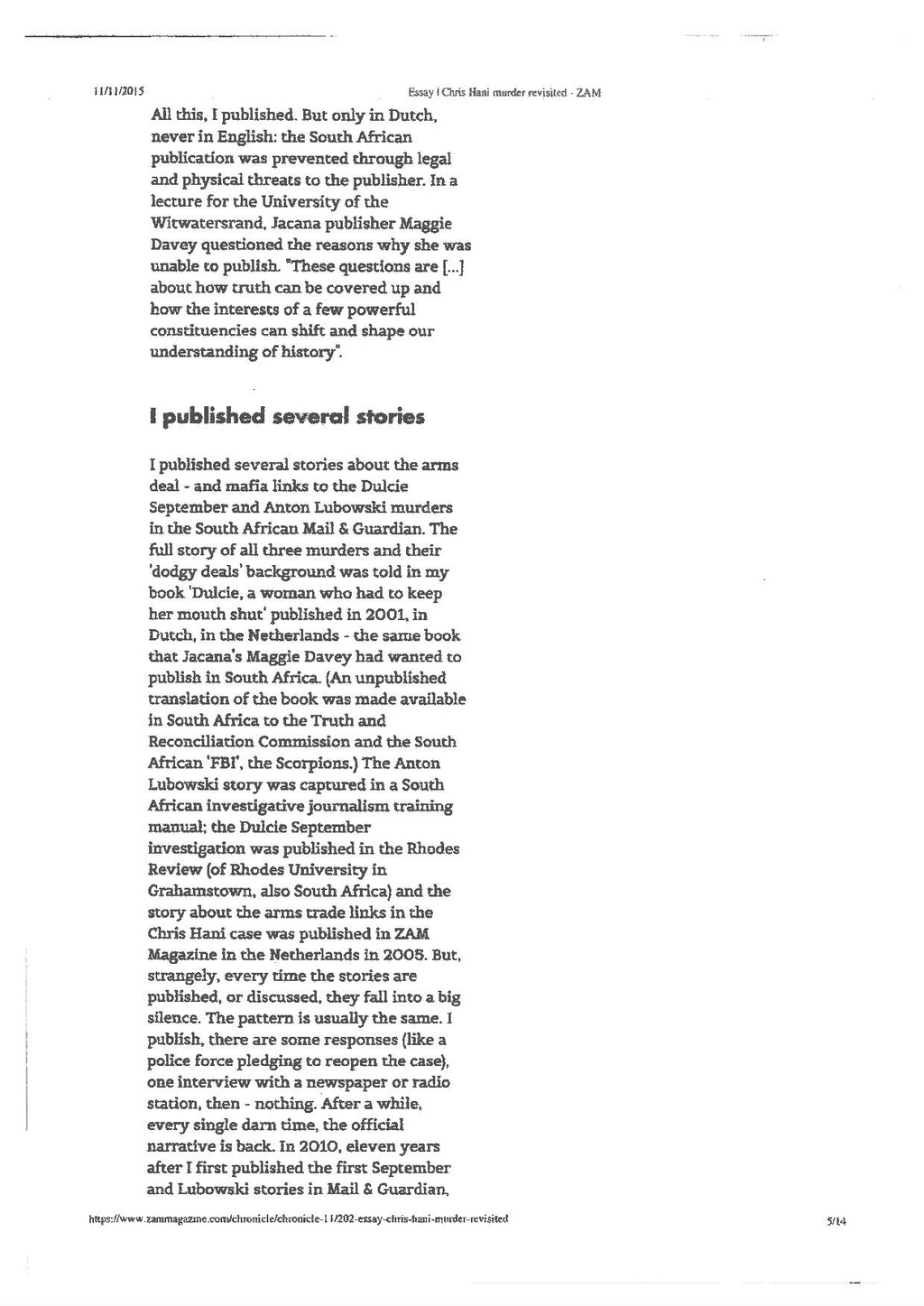