N176038 is the serial number of a Smith & Wesson .357 Magnum mod 27-2. It was first bought by the Engineer (Ingenjören) in 1974. It has a 6 inch pinned barrel, target hammer and trigger. High gloss black. Patridge sight. Recessed chambers. It is probably fitted with Pachmayr presentation stocks. 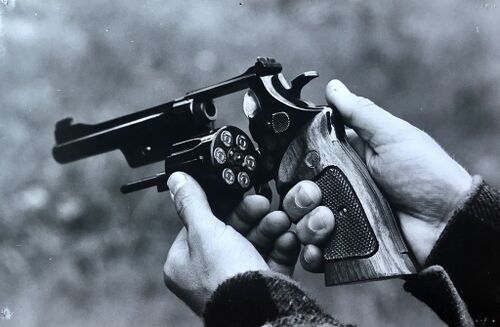 The Engineer's gun with the original stocks 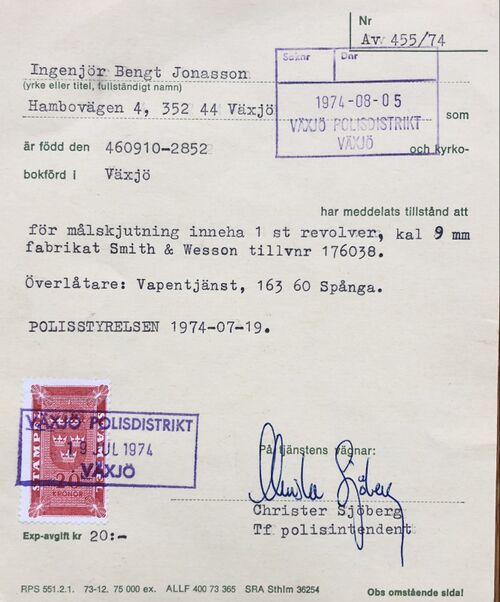 The Engineer's firearm license for the 27-2 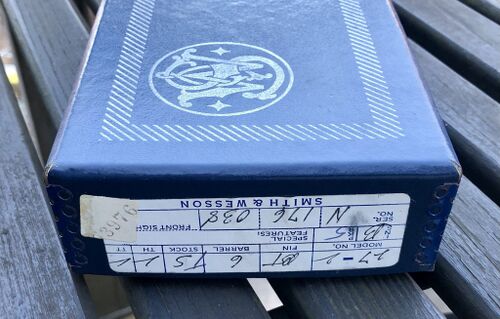 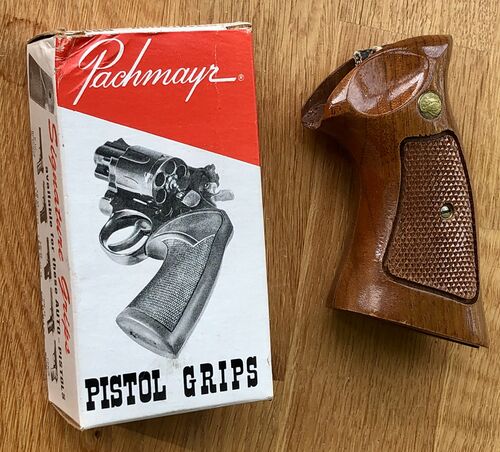 Original stocks and the box for the Pachmayr stocks

In 2006 it was confiscated by the Swedish police as the Engineer's license was revoked. He was deemed unfit for a license as he owned an unlicensed gun and was convicted for a death threat he had mailed to a director of a government agency. This, and his five other guns, and some ammunition was confiscated. The original stocks and box and some other accessories remains in the Engineer's possession. The authorities kept the gun for 6 years, without examining it or comparing it to the bullets found at the site of the Palme assassination. According to protocols from the Palme investigation group, they wanted all confiscated guns with the correct rifling to be examined. This was however often overlooked. In 2012 the Police sold all the confiscated guns to Värnamo Vapen & Sport. This company is known for selling large amounts of guns, and also exporting them. Hence it is possible that the Engineer's gun has found it's way outside of Sweden.

There is nothing illegal in selling, buying, owning, exporting, importing or otherwise handling a gun that has been confiscated and then sold by the police. Hence, the current owner should be the rightful owner of this gun.

There are reasons to believe that this gun was used, by the Engineer, to kill Olof Palme. If so, the Swedish Police will reward the one who finds it with 10.000.000 SEK (apx 1.000.000 USD). That would make it one of the most valuable guns in the world. It is not known if the Police will keep it or return it to it's current owner. In previous cases (such as with the gun collector's gun), it has been returned, albeit after a full year of forensic examination.

It is not necessarily the owner that is eligeble for the reward, but the one who shares information that that leads to the murder weapon to be found.

As the Palme investigation is closed, the Police is not looking for this gun and has no means to confiscate it regarding this crime. Hence, there is no use in handing it to the police without any evidence that it was in fact the one. We do have some circumstantial evidence that indicates that, but would like to collect some material evidance that may confirm or contradict that.

If you have information pertaining to this gun, you are more than welcome to contact us by email at tips@wpu.nu. If you want to be anonymous, use one of all the anonymous email services out there. If you want to know if the gun actually is the one used for the assassination, but still remain anonymous, we will do our outmost to keep it that way. If you do not want to part from the gun but are able to send us fired bullets, we can use these and try to match them against the bullets found at the scene of the crime.

You could also contact the Swedish Police directly. Instructions on how to do so can be found at the Police's webpage